NADINE LAHANA’S TOP TIPS FOR HEALTHY LIVING AND VITALITY AT ANY AGE.

REVIEW OF The 5am(-ish) Club

Both external and internal.

A little while back, I received an invitation to attend a function in Umhlanga hosted by the NGO Live Scar Free Foundation. It was an evening that was well attended by general practitioners as well as highly respected dermatologists and plastic surgeons. One of the key speakers was Dr. Des Fernandes, of Environ Skincare fame, whose profound teachings and research findings were both fascinating and encouraging. The knowledge that these experts hold is not just inspiring but reassuring, too – we have reached an era where scar-free living is genuinely attainable with the right treatment. The Live Scar Free Foundations brings the latest research findings and innovative treatments to those living with scars. And when I say scars, I talk about the ones that run deep both externally and internally.

The invite didn’t mention the need for tissues. It should have. I think few of us in the audience were prepared for the intense emotions the evening would bring. Enter Gugulethu Gumede. She carried herself with regal beauty as she approached the podium. What an exquisite aura this woman carries with her. Although she only recently began to believe that. Gugu is the face of the Live Scar Free Foundation. The sharing of her story started with an apology, “I’m sorry; I’m not used to giving speeches.”

Her body language reminded me of the late Princess Diana – head tilted down, looking up with soft, shy eyes. Her voice was quiet as she relayed her story. In 2016, Gugu was the victim of an acid attack orchestrated by the father of her children. The attack was prompted when Gugu decided to leave her boyfriend due to his infidelity and abusive ways. In February 2017, at around 7 pm, when walking home from work, Gugu came across two young men, one of which was carrying a bag. As she walked past them, her body began to burn severely. At first surreal, it took Gugu some time to realise she was a victim of an acid attack. She was rushed to a nearby clinic before being admitted to ICU isolation at Ethekwini Hospital in Durban. She was in the hospital for three months and often believed she would die.

“I loved him, and I thought he loved me,” she said of her abuser. Cue the tissues. Her scarring was severe, and she explained how seeing it in the mirror was a daily reminder of what she had endured. Not to mention the questions from her daughter. Tough physically, and even tougher emotionally.

The day Gugu was discharged from hospital should have been a happy day, but it was the beginning of a new challenge: “I was heartbroken because I knew people would not treat me like others because I looked different. And I had low self-esteem. I used to hide my scars even on sunny days, and it wasn’t easy.”

Gugu receives treatment from the Live Scar Free Foundation, thanks to the warm hearts and probono services of participating dermatologists. The results are exceptional, and Gugu is gaining her life back. As the face of the Live Scar Free Foundation, Gugu is not only uplifting herself but also other victims too: “I am glad to mention that I am strong and confident. I am motivating other people living with scars.”

Now it was time for Alicia to share her story. Another timid soul at the podium, who needed the microphone adjusted downwards due to her endearingly small stature. She could barely see over the podium. However, she made up what she lacked in height with enormous bravery – it’s not easy to tell your story in front of a highly-esteemed medical audience. Alicia sports a scar that runs along her cheek and lower jaw. Her boyfriend assaulted her with a broken bottle. One of the participating dermatologists spotted this scar when he was paying for goods at the Dischem checkout – Alicia was the teller. The rest is history, much like the severity of her scar, which has been remarkably improved through probono treatments.

It was inspiring to hear from a Foundation built upon a springboard of interconnected spirits, immense empathy, all-round kindness, and selflessness. There was a tangible positivity that radiated throughout the room. I felt privileged to be there.

I think the message is this: if you know of anyone living with scars, let them know that scars needn’t be a life sentence. Both physical and emotional scars can be treated and vastly improved. Just ask questions and be bold – there is help out there.

The options available for treating scars are vast, and can be highly effective:

This is used in the treatment of acne scars and pox marks as well as scarring related to accidents or disease.

This is a non-ablative treatment that uses an intense but gentle light beam to treat scars without damaging surrounding tissue.

In this procedure, a small instrument is used to punch a hole in the skin, remove the scar, and replace it with a plug of new skin.

A chemical solution is used to remove the outer layer of old skin, allowing smoother, less irregular skin to replace it.

Brief pulses of high-energy light are sent out, encouraging new skin to grow over the treated area.

In this procedure, fat cells are removed via liposuction before being cleansed, processed, and injected into the scar area.

This condition in which the skin loses melanin can be a severe blow emotionally. While it can’t be cured, there are technologies such as Micropigmentation treatment that can slow its progression and restore confidence.

It is almost inevitable that external scarring will cause a patchwork of internal scarring. However, inside all of us is the ability to heal emotionally. My friend Burgette from Beyond Visible Belief is one such example.

At the age of 21 and at the height of her modelling career, she survived a car crash that crushed her cheekbones, jaw, eye socket and nose. She had to say goodbye to her modelling career and endured three major reconstructive facial surgeries. She was diagnosed with major depression as her self-esteem spiraled downwards.

However, after years of resultant self-sabotage, she picked herself up and embarked on a life-changing journey to become a Master NLP Practitioner, Life Coach, and Motivational Speaker. She is now helping the Live Scar Free Foundation with the holistic healing of scars.

So, please. Don’t be defined by your scars. There ARE many ways to heal. These ladies are proof of that. 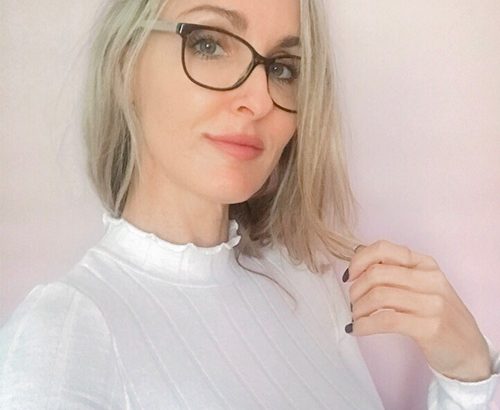 Expect coddiwompling and helpful tips around my passion for skincare, health, travel and the pursuit of balance. Read More

FREE Shipping on orders over $75 before tax, and after any promotions or discounts have been applied. Dismiss

Free shipping for billing over $75.00